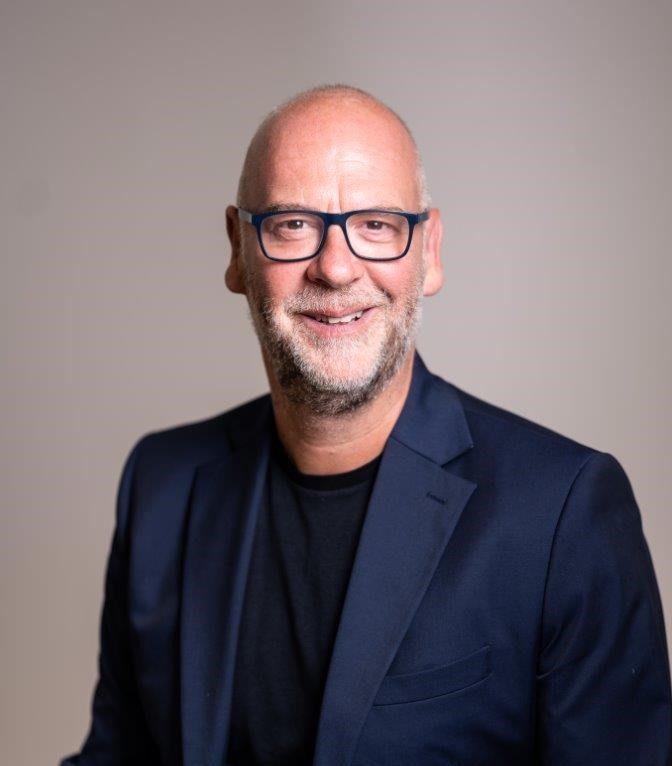 FOUNDER & CEO OF THE TCM GROUP

Our very own CEO, David Liddle, facilitated this important and complex case. Back in the nineties, David established one of the first community mediation schemes in the UK: Leicestershire Mediation Service. Since this radical development, David established The TCM Group, which, together with its world-class consultants, stands at the forefront of conflict management, mediation, employee relations, and leadership best practice. David has worked with the Local Government Association for many years as their nominated mediator for most serious cases. In 2013, he produced a report underpinning the importance of mediation in local government titled Win-Win. This long-standing relationship between David and the LGA meant that he was the initial point of contact when the Council’s issues came to light.

“Mediation and alternative dispute resolution more widely can reduce the levels of acrimony that exists by creating and fostering positive dialogue between locally elected officials. Local governments should look more to mediation as a solution for building dialogue within groups.” 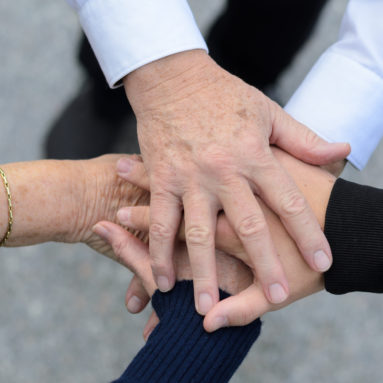 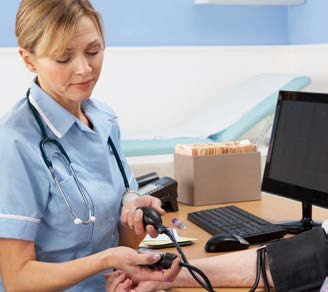 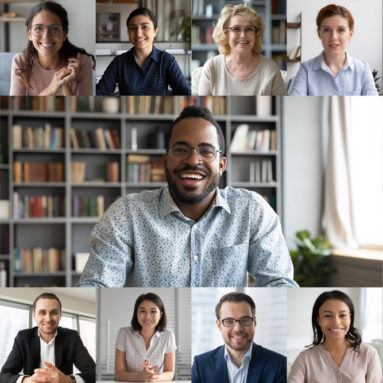 TCM provided team development coaching for a local Council in September 2020 to enable them to work effectively together with clarity of purpose around goals and targets; commitment to collaborative working styles; development of a culture of high-functioning healthy conflict; enhanced individual awareness of their value in a team; improved team awareness of group tendencies; and how to leverage team strengths and account for blind spots. This was a relatively short but impactful intervention which demonstrated the value of blending team coaching and development.

Before group coaching, it was identified that the Council had struggled to work effectively as a team. Decision-making was a particular struggle as members found it difficult to represent everyone’s needs. Converging on solutions that accounted for all perspectives had become a major obstacle in councillors’ ability to deliver their objectives as a Council. The Council consisted of 6 individual politically affiliated parties and an additional 3 resident groups to represent local community needs. The confluence of these differing interests was often conflicting, resulting in gesturing, aggression, and disorganization.
The very purpose of a Council means that they exist to manage and handle overtly complex issues. This was a main contributing factor to their inability to work collaboratively and successfully as a team: finding a win/win solution in cases of disagreement was genuinely difficult in some cases and so maintaining a strong commitment to creating innovative solutions was problematic.
The team’s specific circumstances caused potential risks for the effectiveness of a team development programme: some group members were predicted not to engage well in the process, the group membership was expected to change, and team dynamics were consequently predicted to shift. These risks, combined with the unique circumstances of the client, focused the design of the programme, and enabled the facilitator to think creatively and work to a tailored framework. David Liddle, lead facilitator for the programme, highlighted these risks and ensured that each team member was heard, with individual perspectives regularly checked throughout the sessions.

Key aspects of the programme were: 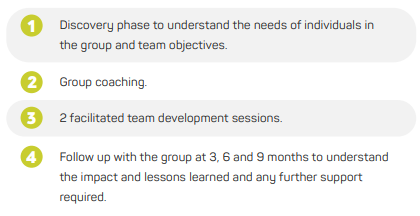 Before group coaching, David consulted each party individually to understand their perspectives, their experiences on the council, their frustrations and what their goals and objectives were in their roles. As the appointed mediator, David held a group meeting to build rapport, trust, and open communication as part of the team facilitation process. Parties openly expressed their surprise at being able to simply talk and listen to each other.

“That’s one of the beauties of mediation: communication was combative and adversarial but coming together in a safe and facilitated space allowed dialogue to become productive and respectful.” DAVID LIDDLE, CEO & FOUNDER OF THE TCM GROUP

Following group coaching and facilitation, a document was drafted collaboratively to establish a code of conduct. This code provided ethical guidance for Councillors when exhibiting behaviours, inspired by the Nolan principles of public life: 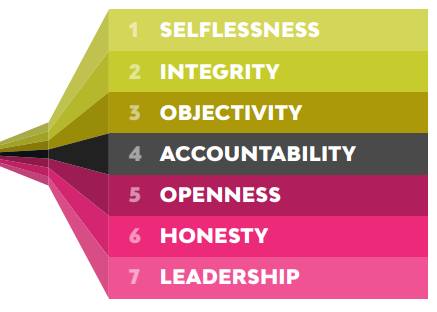 In the second half day session, David recapped on what had been learned so far and invited comment. He shared common goals and needs in the group as heard during the individual sessions and first group coaching session. A protocol for decision-making and debating was agreed so the group could be more functional in their approach to disagreement and problem-solving together. David facilitated development of an action plan with agreed next steps and time frames. A protocol for review of this with accountability and follow up was agreed.
Following the success and impact of the mediation process, David was invited back to chair Councillors’ meetings for the next 6 months to re-establish the agreed behavioural framework. This helped to further ensure that communication was respectful and open.

“Mediation can be used to high effect when you’re dealing with locally elected officials. It can be a powerful tool to underpin and support both local democracy and problem-solving. Community politics can become fractious, adversarial, aggressive, and confrontational if run without accountability and compassion – it undermines the good name of local democracy.”
The key result in this team development was a far more cooperative and collaborative working style within the group. Members’ Council meetings that followed were highly successful and feedback and appreciation of the process extremely positive. The measure was satisfaction in the team for the process and what they had achieved. The key themes that emerged from team members were:

The Councillors have commitments to review the action plan and TCM will review progress quarterly for up to 36 months after to ensure the team remains on track and provide support. The success of this process was fed back to the Local Government Association and as a result The TCM Group has been invited to co-host a joint workshop in September 2021.
This case provides an example of why mediation works on individual, local, and national levels: egos, agendas, and challenges always come down to unmet needs. David urges parties in conflict to act respectfully and compassionately, as this will always be reciprocated – underneath it all, we are all human.

“Mediation and alternative dispute resolution more widely can reduce the levels of acrimony that exists by creating and fostering positive dialogue between locally elected officials. Local governments should look more to mediation as a solution for building dialogue within groups.”