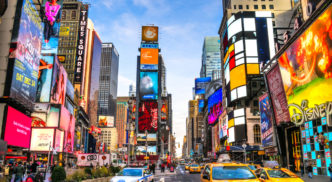 “I felt heard and understood, and when you presented, in a respectful way, an alternative way of looking at my situation that gave me the opportunity to further clarify my own position and thinking.”
P.G., UK University
“Thank you for producing the best investigation report I have seen in years.”
HR Director, NHS Foundation Trust

After graduating with a BA(Hons) in Philosophy, David’s professional career began with 10 years in Whitehall working on government policy, in the private offices of secretaries of state and permanent secretaries, and in international affairs. After earning an MSc in Human Resources Management, David took up senior HR roles in government before leaving the Civil Service in 2009. David spent the next 5 years as Assistant Director at an NHS Foundation Trust, and another 5 years as Associate Director at Manchester Metropolitan University.

David regularly appears at national conferences and on podcasts talking about business ethics, the future of work and organisational culture. David is a member of the Advisory Board to the Manchester Decent Work and Productivity Research Centre and is conducting his own PhD research in the Centre focusing on people management decisions and Artificial Intelligence.

Responsibilities at TCM
David specialises in:
Qualifications and Awards