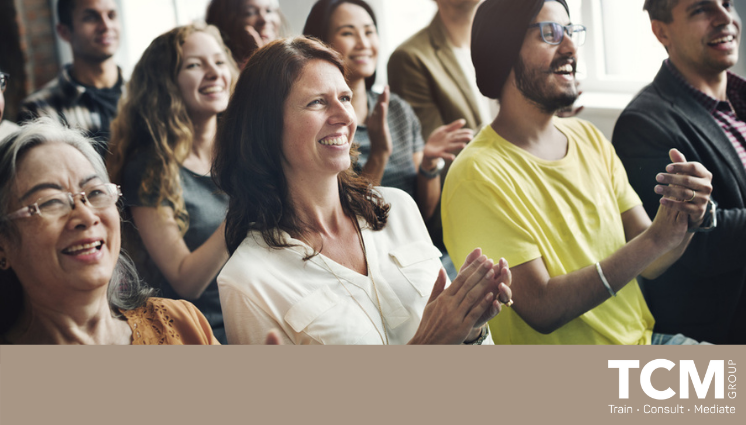 A recent ACAS report has estimated that the total annual cost of conflict to UK organisations is £28.5 billion. That equates to approximately £1,000 per employee.

But where do the costs actually come from?

The costliest areas were found to be generated by resignations and formal procedures.

The hidden costs of a high staff turnover

It seems that very often when an employee is exposed to conflict, they feel forced to resign. Now, a resignation clearly comes with some costs. A new employee will need to be recruited, trained and then take some time to reach the level of productivity that the previous staff member operated at. When losing an especially talented or high performing colleague, the same standards may never be reached.

Totalling the average costs outlined in the report for the recruitment of a new staff member, and getting them up to speed, the departure of an employee from a business costs close to £30,000.

Formal processes are still having a negative impact

“Here at TCM we’ve understood for years that formal procedures very rarely help when it comes to conflict. Rather than taking the time to get to the root cause of the problem, they generate blame which distances the parties further and further apart. When conflict escalates to the formal stages, there is a much greater likelihood that not only resignations will happen, but the impacts of presenteeism and sickness absence take their toll.”

The ACAS report places quite a conservative estimate (£1,145) on the cost of a disciplinary case based on delivering the process, and the management time involved. Really, when you consider the disruption, stress, distraction and lost working hours that such processes trigger, that cost is far, far more substantial.

Why are so many conflicts still getting to the level where formal procedures and resignations are so frequent?

There seems to be a widespread failure to address issues in their earliest stages. When it comes to handling conflict, we know that the earlier an intervention can happen, the better. Based on the findings of this report, there is still a very long way to go. Twenty per cent of people involved in conflict take no action whatsoever. Only 1 in 4 make the decision to speak to the person they are involved in conflict with, about the issue itself.

More needs to be done to encourage the early resolution of conflicts between the staff members involved. Where a little extra support is needed, mediation offers an excellent option. Of those who took part in the ACAS study, just 5% had engaged in a mediation process. ACAS reported a success rate of 74%, while here at TCM, we know that mediations carried out by our expert mediators are highly effective. So much so that 93% of the cases that we conduct result in a favourable outcome being reached.

“Although mediation is becoming an increasingly used tool for resolving staff conflicts, it still remains under-utilised. Not only does the process effectively tackle a wide range of employment disputes, its skills and capacities very often spread beyond the process itself to create a culture where issues are aired early on, and teams become resilient to further disputes.”

Helping organisations improve the way that they handle conflict

For organisations who are aware that they aren’t making the most of the available tools for resolving conflict, it can be difficult to know where to start. For that reason, we are bringing back the famous ‘Managing Conflict Masterclass’ with TCM CEO and Founder, David Liddle. In this session, David will be drawing upon his 30 years’ experience in conflict management, to provide some best practice guidance and support, that any organisation can benefit from.

You’ll have the opportunity to hear from David on a range of key topics including:

Don’t miss out! You can book your place here.

David Liddle, founder and CEO of The TCM Group

Transformational Group Leadership: The Route to Recovery by Claire Gearon

20 Benefits of Mediation by Gemma Todd

A Summary of our Introduction to Investigations Webinar by Robyn Marsh

The Need for Competently Trained Investigators by Neil Fletcher

The Importance of Cognitive Interviewing by Dominic Human