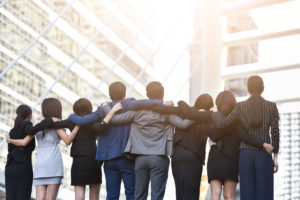 The Professional Mediation Association held their Annual General Meeting and National Mediation Awards last week at Browns Courtrooms in Covent Garden, London. The awards are held to celebrate and reward success in all aspects in the workplace, employment, business and consumer mediation.

The event was hosted by David Liddle the President of the PMA and Chief Executive of TCM Group.

The event was attended by a number of The PMA corporate members such as The Royal Mail, British Airways, Lloyds Banking Group and Lancaster Hotel. Mediation Professionals such as Small-Claims-Mediation, Mediation in the Workplace were also in attendance and in receipt of awards. It was a great chance for Professional Mediators to come together and network.

During the AGM David Liddle announced that he would be resigning from his position as President come March 2016 and welcomes applications to set up a new board for The PMA.

Peter Monaghan from ACAS gave an informative speech on “Early Conciliation, Productivity and the Workplace”. Peter discussed how nationally we need to do more in terms of employment engagement to ensure that staffs’ well-being is not compromised and that it is “looked-After” which in turn will lead to greater productivity in the workplace.

The speech was followed by The National Mediation Awards and below is the List Of winners and highly commended. The Judging Panel consisted of David Liddle, Dilys Lloyd of Dilys Lloyd Foundation, Yvonne Walsh – Chartered Fellow of CIPD and Sue Higson – HR Advice and Guidance for Halifax Bank PLC. 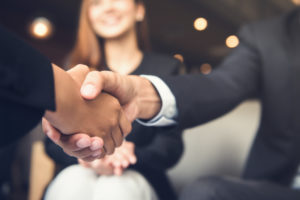 “As a new, fledgling internal mediation scheme, we are very excited to have been nominated for this prestigious award. I would like to personally thank Jerome for the nomination and his kind words of support. We are absolutely delighted to have won awards in two categories this year and would like to thank TCM for their support and encouragement in developing our integrated mediation service.”

Founder of Small-claims-mediation.co.uk said “To receive this award means the world to us, the legal profession is brimming with award ceremonies but for mediation sadly not. To be publicly recognised for all our hard work helps spur us on, even when times get tough.”

Speaking after the awards, Head of Employee Relations and Industrial Relations for Royal Mail Group, said “The mediators were drawn equally from Royal Mail management and CWU backgrounds in a unique and exciting collaboration. Having established the Mediation service from scratch, the team has successfully delivered over forty Industrial Mediations in its first year. It is wonderful that their success has been recognised by their professional association through both the Presidents Award and the Mediation Team of The Year (Highly Commended) Award”.

Bullying in the Workplace