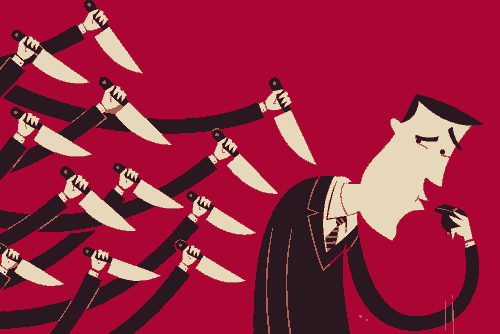 Making a disclosure in the public interest, or ‘whistle blowing’ as it’s more commonly known, has been making prominent media headlines again.  Recently we heard our Government release a statement surrounding the official secrets acts and the threat to investigative journalism, Nigeria announce whistle blower plans to pay citizens to report corruption is supposedly off to a great start, not to mention the public outcry surrounding the leak and disclosure of David Beckhams private emails.

With all this furore and controversy, it would stand to reason that the opportunity and liberty to speak freely without threat of recrimination and reprisal is still an important criterion of UK values and culture. Yet this notion of having the opportunity and freedom to speak up, balanced out against an organisations explicit or implicit ‘culture’, is particularly pertinent when attempting to analyse or evaluate whistle-blowing within the workplace.

In 2014, an evaluation of attitudes towards open, honest and transparent communication within the NHS was undertaken by Sir Robert Francis when he published his ‘Freedom to Speak Out Review.’ He states that within the NHS there is “A ‘culture’ that deters staff from raising serious and sensitive concerns”. Additionally, he added that when staff raise concerns these are rejected and met with responses which focus on disciplinary actions against whistle-blowers.

Now whilst it is understandable that the political significance of public body organisations puts intense pressure on an institution to emphasise its positive achievements at the expense of declaring its problems; this reluctance to admit that anything is improper or amiss within its administrative set up is a recurrent premise in many working environments TCM have worked with over the last 16 years.

Any apparent failing to address fundamental issues only contributes to a feeling of isolation, suppression and/or fear of impending persecution for anyone who wishes to raise their concerns regarding the current status quo; whether this relates to questionable business ethics or raising a complaint about their treatment from one member of staff to another, the lack of support and confidence throughout the process of reporting concerns and an antiquated approach to resolving issues  have been mentioned frequently by staff.

The inability to separate breakdowns in the psychological contract from grievance and disciplinary issues or the inclination to identify culpability and responsibility when addressing issues represents a huge challenge, as this procedure and approach is often radically instilled within an organisation’s culture.

Sir Robert Francis says and the TCM team believe all public body organisations should take a proactive approach in detecting and changing behaviours. The Review has identified different changes necessary to improve performance and working environment which are similarly transferable to all workforces. First, the “Culture within company should change to make staff comfortable in raising concerns and ask for advice.” Second, “Employees in leadership and managerial positions should be given regular training in order to improve handling of cases”. Third, “Measures to support good practice should be installed.” (Francis, 2014)

This notion of ‘changing organisational culture’ is something that is repeatedly referenced as intrinsic to establishing a transformative approach to root cause analysis or implementing change.

So what is culture?

If shared ideology of values, beliefs and behaviours is demonstrated across the whole spectrum of an organisation, this consequently can lead to a desired level of trust, support and confidence in raising concerns when they arise.

But what are the ingredients that create this sense of value, belief or trust?

Well in the most part it is talking with people, listening to people, getting the right staff equipped with the necessary skills, and understanding that deep down every person wants to contribute to something greater than themselves. Most team members want to succeed at what they do. That means if directed correctly by internal or external professionals, most people will be open to change. And in its wake you will create a culture where people can learn from their mistakes, grow, and improve and have the confidence and freedom to speak up. That is a culture that most of us would like to be a part of.

Top 3: Mistakes made by managers